For example, uni means one. The unicorn has one horn and unison means you speak in one voice.  Bi means two, so a bicycle has two wheels, and a bifocal has two lenses. Photo means light, so photography (fo • tog • ru • fee)  uses light to make pictures and photosynthesis (fo • to • sin • thu • sis) means light is used by plants to make food.
We worked collaboratively (collab means together) to create an informative slideshow.

Enjoy and learn! We are adding slides daily, so check back often.

What are your favorite Greek and Latin Roots?

India is a very beautiful country! The weather is hot year around, and everything is green. India has many different foods like Chappathi (chu-pa-thee). Chappathi is made of bread and made in a certain way. It is a flat piece of bread similar to a tortilla.

In India, the population is about a million greater than the United States, India’s population is about 1,364,612,000! What other places have a bigger population? Every place has a different type of currency and India’s currency is rupees. Did you know one American dollar is about 70 rupees, and if you double 70 you get 140 and that is about two dollars? India is smaller than the United States, The size of India is 1,222,550 square miles (3,166,391 square kilometers). In India, there are a few languages like Hindi, Malayalam, Tamil, and English. and the president of India is Ram Nath Kovind. The taxis in India are called Auto Rickshaws or they are called three-wheelers and rickshaws but it’s the same thing! I’ve been in an auto rickshaw, it is small in the inside and there is a lot of them going by.

India has a few wild animals but two are common one is the stray dogs and mischievous monkeys trying to steal anything they want, and if they want something give it to them. I want to go to India again someday!

What hemisphere is India in?

Today we visited six amazing sites. April fools! We used virtual reality viewers. We weren’t actually there but it was awesome! Virtual reality is you can see amazing places but you’re not there. We got virtual reality viewers and our tour guide controlled the viewers. she used it to put us in places, pause it, and take us to another place.  She made an arrow so where we know where to look. A white circle would indicate you found it.

What do you know about the Grand Canyon?

Have you used virtual reality?

Today we had fun in class creating an avatar. I’m part of Edublog’s Student Blogging  Challenge, and I am excited to complete my first task. My avatars name is Robowaffle . (My real name is roboticwaffle). I chose the party setting because I enjoy having fun. Also, I chose a black jacket because I like the color and in my opinion, it looks kind of cool. What do you think of my hair? I chose a mohawk because I’ve only had it one time in my life on Crazy Hair Day.

What is the craziest hairstyle you’ve ever had?

What is your favorite color? 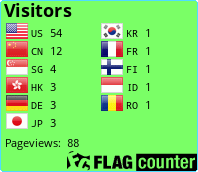